October is beautiful for so many reasons: the fall colors, cooler weather, autumn flavors, and of course, Halloween. In the spirit of Halloween, we've collected some of the creepiest haunted spots around the nation that are ridiculously easy to get to.

Approaching the hotel, you may not think much of its appearance. Beautifully painted with gorgeous bay windows, it comes across as an ordinary high-end hotel with a peek into the past. Yet, it's that past that haunts the Queen Anne Hotel, specifically room 401.

Senator James G. Fair opened the building as a school for young girls in the 1800's in order to be closer to his daughters. Though James was the mastermind behind this structure, it's the headmistress, Mary Lake, who hasn't left the opulent hotel. Legend has it that room 401 was once Mary's office, so many guests will avoid staying in the room.

The Pittock family didn't last long in their new estate, as beautiful as it is. After moving into their new home in 1914, Georgiana Pittock passed away just four years later, and her husband, Henry Pittock died the following year. Now owned by the City of Portland, visitors have been known to come across some strange encounters. Guests smell flowers in rooms where there are none to be found; being that Georgiana was known for her green thumb, people believe it's her spirit's presence. Additionally, Henry's childhood portrait can be found floating from room to room without anyone touching it.

Photo provided by Kayak.com via Leonardo

If you don't want to sleep where things could go bump in the night, then do not book a stay at the Lord Baltimore Hotel. Guests have reported invisible hands touching them in the elevators, which will mysteriously shoot you up to the 19th floor even when you haven't selected it. Why? The 19th floor is apparently where a little girl committed suicide and is rumored to roam the halls.

The general manager of the hotel even spoke about the mysterious happenings in the hotel, so you know it's worth a visit!

This was one of the largest solitary confinement establishments where prisoners ate, slept, and lived completely alone. Since its vacancy, nearly 60 paranormal teams have visited the landmark to investigate what's spooking everyone. The first true penitentiary held some of America's most famous criminals like Al Capone and was rumored to drive inmates insane due to the harsh practices of the guards and intense living conditions.

Want to check out their special Halloween-themed experiences? Hop on a streetcar, bike, bus, or hail an Uber or Lyft.

The home of the last royal family in Hawaii has made this list because the royals apparently haven't left their home since the late 1800's. Visitors of the museum have reported seeing apparitions in the halls, random music playing, and chanting near the area where people would be imprisoned. If you're visiting Honolulu, this place couldn't be any easier to get to — take the bus, use a bike, or order Uber or Lyft for a quick ride! 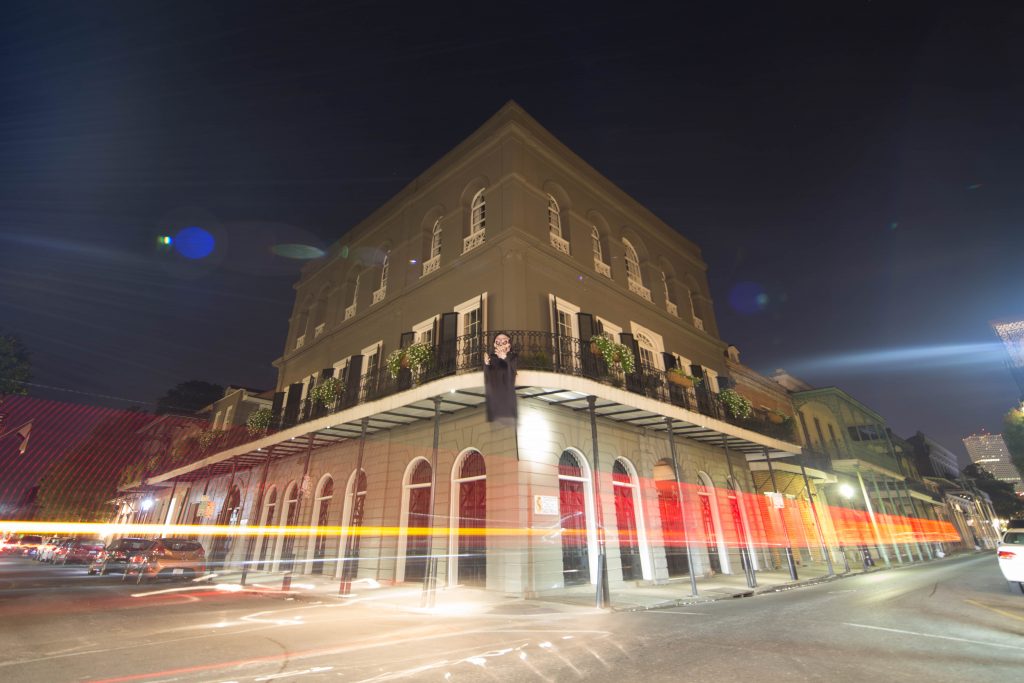 If you've watched American Horror Story: Coven, then you alraedy know about Madame LaLaurie. In 1831, Madame Delphine LaLaurie moved into the now famous house on 1140 Royal Street (as some New Orleans locals will refer to it). People have been experiencing hauntings at the home for almost 200 years, which is linked to its horrific past. Delphine tortured many of her slaves, and the stories are told through descriptions kept by townspeople and authorities.

Though, there is another dark past under this ominous roof that is believed to contribute to its hauntings. In the late 1800's a tenant of the home was found murdered, and friends of the victim reported him saying there were demons in the home.

In the heart of New Orleans, this historic sight is very easy to get to and open all year round.

A theatre seems innocent enough, right? Wrong. This gorgeous theatre has been in Charleston for over hundreds of years, meaning that there could be plenty of ghosts. Although visitors of theatre have been claiming ghost reports for decades, no one quite knows an exact history of why they're there. The most famous myth is the ghost of Nellie who can be seen floating around the property in her bright red dress.

There are many bus stops around the historic theatre, but you can also hop on Charleston's public bikes or use a ridehailing service. Not only that, but right down the road is the Old Charleston Jail, another famous location with some of the creepiest poltergeists.

Clearly some strange happenings take place in hotels as they've pretty much dominated our list so far, and Texas will be no exception. The original owner had a bit of a gambling issue and was forced to let go of the hotel, then died only four years after it opened. He's one of the ghosts said to wander the halls; staff members will randomly smell cigars even though no one is smoking, and lights surrounding the area of his portrait will flicker uncontrollably from time to time. Doesn't sound too bad, but the other unconfirmed stories are what really got this location on our list.

The first legend is of a young girl who fell to her death down the main staircase chasing a ball. Guests have said you can hear a child laughing and a ball bouncing when you're near the grand stairs. Sometime after that, two suicides took place in the hotel, but how they happened is unclear and thus created the story behind the "suicide brides." Two women, both on their honeymoons, are said to have killed themselves in room 525 on the same exact night, 20 years apart. 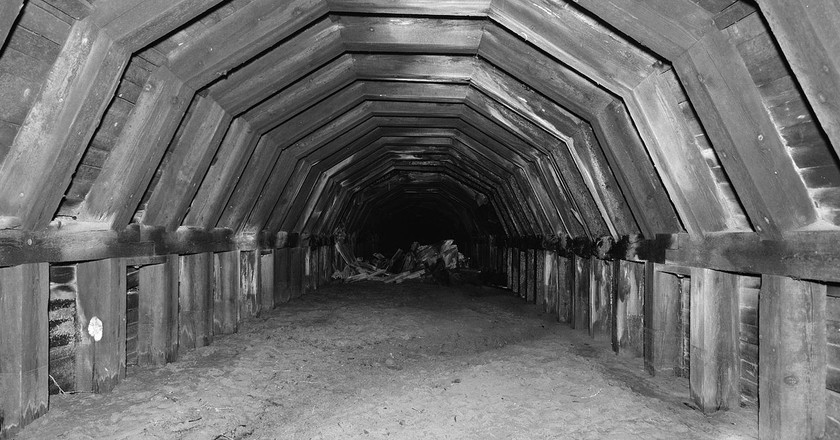 Photo provided by the US Library of Congress

Portland might be known for its hipster culture, but it also has quite the spooky repertoire as we add another Oregon spot to the list. A dark and tormented past lurks through these ominous tunnels that date back before Prohibition. Shanghaiing is said to have gone on in the tunnels, though there's no historic proof, guests can tell you that the spirits in the tunnels can be quite convincing of its horrifying past.

With a MobilityScore of 100, you can get to your tunnel tour by streetcar, bus, bike, scooter, or ridehailing.

The enormous monument hosts intricate staircases, hidden rooms, and caverns containing cold spots. Doors will blast open after being shut, and visitors have felt like they're being followed around the vast temple. The building's creator, George D. Mason, jumped to his death after his wife left him and is the main ghost security guards and guests have seen on many occasions. Guards in particular have claimed to see George walking up the steps to the rooftop.

Whether you believe in the paranormal or not, many of these locations are also known for being beautiful structures providing visitors a window into the past. They've become landmarks and museums because of their history, so it'll be well worth the trip regardless of how many ghosts you see!

Get our FREE ebook: The definitive guide to TDM for employers

Get updates from us